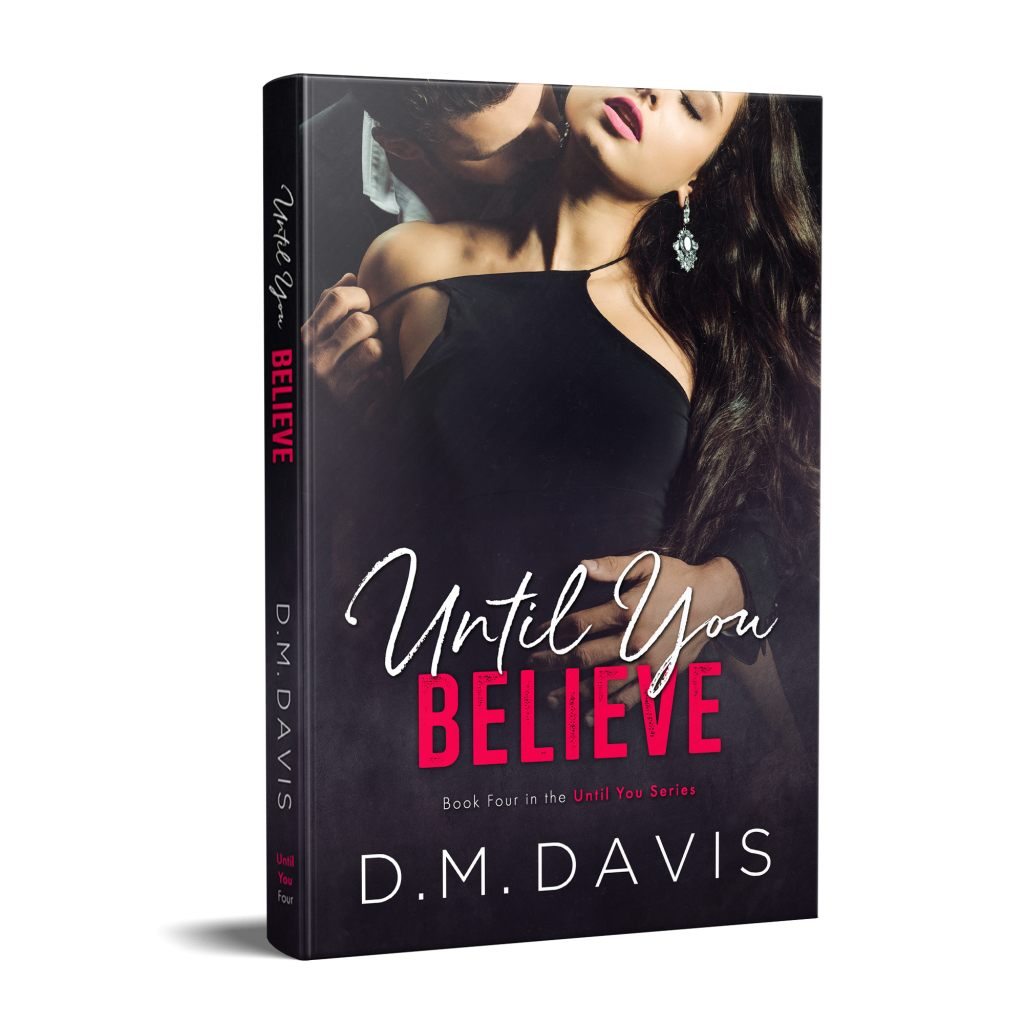 Fake it Until You Believe

D.M. Davis’ Until You Believe is the fourth book in the Until You series and is a poignant, emotionally raw, friends to lovers, sexy, contemporary romance.

Some scars are hard to forget. Some wounds, too deep to heal.

Slotted to become CEO of his family’s tech company, he lives, breathes, and sweats family.

But his commitments are crushing his hopes of starting his own family.

Margot lights up all those ignored desires and unspoken dreams.

She is what he wants—exactly what he needs.

Which ball will he drop if he decides he wants more from life than a job that is his life?

It’s not a sanctuary to seek, but a tie to break.

Fin represents what family could mean. What it would be like to be loved despite her flaws.

Her goals are tested when she desires to have more with a man she shouldn’t want, yet can’t resist.

But she’s hiding a secret from the world—her bubbly personality, a mask she wears well.

When Fin decides to make Margot a priority, will she unburden her secret for a chance at love?

The Until You Series should be read in order for maximum enjoyment.

In the early hours, I slip free of her hold and dress. My gaze keeps returning to her sleeping form. Peaceful is the only way to describe her in this moment. The morning light seeping through the curtains, rays dancing across her face. My Pixie.
Sunshine is her color.
Bright is her soul.
Longing is her creed.
I make a few phone calls, place a note on the pillow beside her—where I slept—and do what I chided her for doing. I leave without a goodbye.
It’s the only way.
Clean.
Disentangled.
Necessary.

Also in this Series:

Happy release day to the Heroes with Heat and Hear

WILDFLOWER is LIVE! The beginning of Reid and Dai

Eep! Only 1 more day before WILDFLOWER is LIVE! T

WILDFLOWER is coming in TWO DAYS! The beginning o

WILDFLOWER is coming in THREE DAYS! The beginning